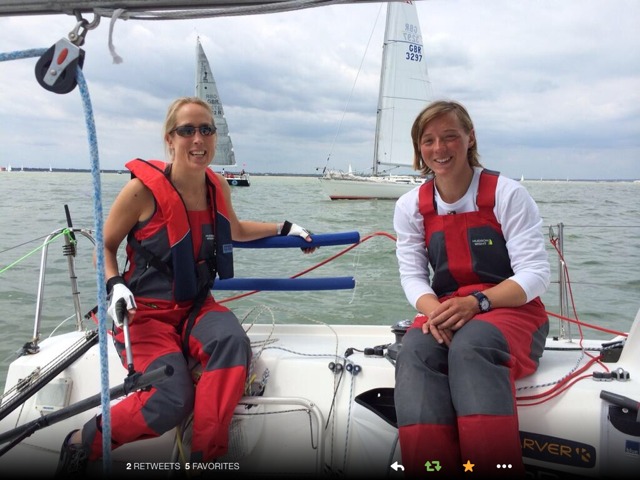 Just one day after finishing the 220 nm Marie Agnes Peron, a solo race starting and finishing in Douarnenez, I was off again - across the channel and 'home' to the Isle of Wight.

I set off on Monday the 16th June  in 15-20 knots from the NE, with the sun shining and dolphins splashing about in the bay of Douarnenez. With a favorable tide and 32 knots of wind through the Chenal du Four, I had a quick passage through making 10 knots over ground.

The next day I reached Plymouth (all on the same tack), but made slow progress with just 5 knots of wind throughout the day and night. I was pleased to finally bear away at Anvil Point and hoist my huge yellow spinnaker, heading directly for the Needles by Wednesday afternoon.

It was a race against the clock to make it back to Cowes for 1800. It was going to be a special evening with a drinks reception for the opening of the new Hudson Wight showroom on Cowes parade and the naming ceremony of my boat. However with the light winds and a foul tide, it was looking highly likely that I might not even make it at all!

I had a brief tow by RIB to Hurst Castle, before making the decision to drop the boat off in Yarmouth for the night and get a taxi to Cowes. With a helping hand from the harbour master and a speedy lift in the Taxi, I made the ceremony just in time before the champagne got too warm. 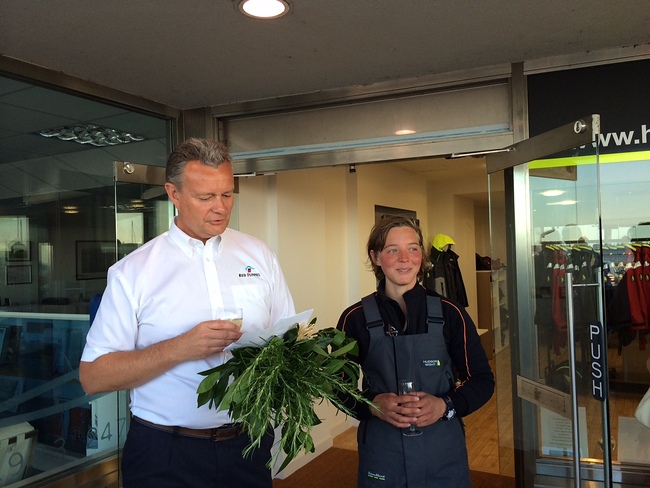 It was a lovely evening, with Kevin, the CEO of Red Funnel naming me rather than the boat, and I was honored to meet Rodney the chairman of the Royal London Charitable Trust who are kindly supporting me this year.

The rest of the week was a busy one. I had a radio interview with Sir Robin Knox-Johnston and BBC Radio Solent, which was a pleasure as he was the first person to sail single handed and non-stop around the world (between 14th June 1968 and 22nd April 1969).

You can listen to it here: http://www.bbc.co.uk/programmes/p020gpd3

Later on I was quizzed by Sky Sports for their TV show 'Women's Hour', just  before going sailing with Laura (Practical Boat Owner) and Abi (Compass magazine). 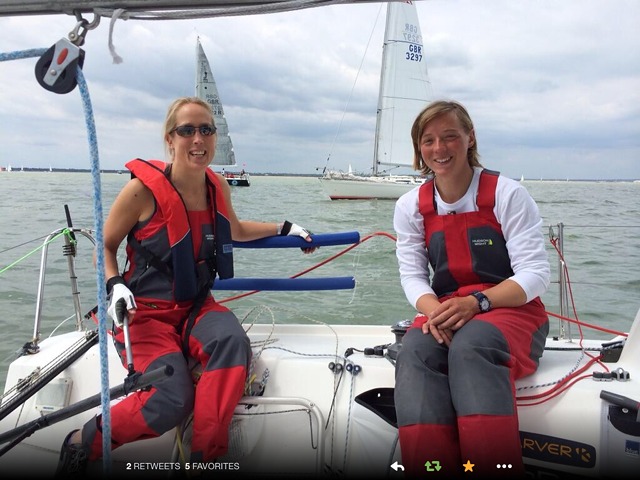 Of course, there was also the annual Round the Island race to prepare for, which was going to be a long day on the water with only 4-8 knots forecast. It took 12 and 1/2 hours to get around but I had a good time with Jamie (Managing Director of Hudson Wight) and Jill (sailing secretary of the Royal London), who presented me with a smarties birthday cake on the final stretch home! 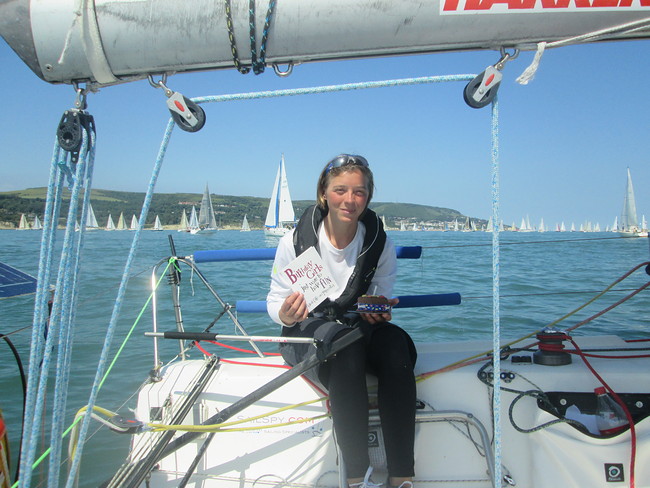 We finished in the top third of our class, arriving back on the dock just in time for a scrumptious BBQ at the Club and another, even bigger, Birthday cake. 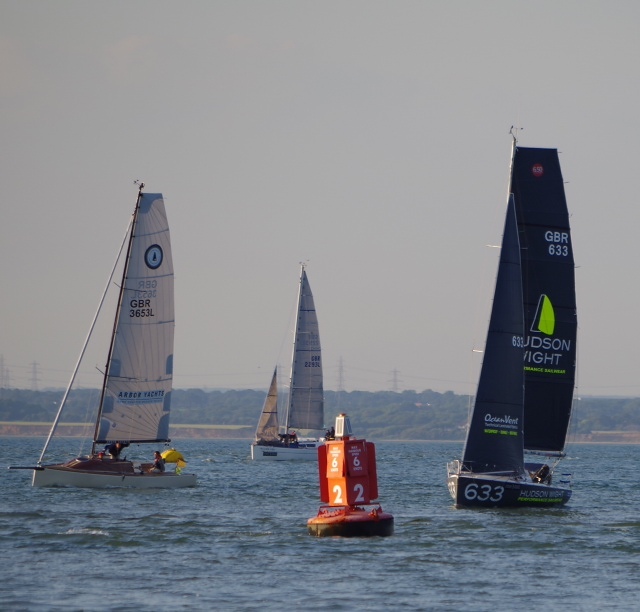 With the Round the Island race now over, I'm in full swing preparing for the upcoming Les Sables - Azores - Les Sables race, which starts in just 20 days time. At 2400 nm, this solo race will be the biggest challenge I have ever taken on.

Preparation for the race includes rig checks, sail repairs, food shopping, weather routing and clothes packing. Thanks to Fuel Cell Systems my Fuel Cell is being checked over, while later in the week English Braids are coming over to help me rig up a new backstay and add some creative splices to the ropes onboard.

I would just like to thank again the companies and individuals who have helped me to qualify for the Azores race and next year's Transat. It has been a terrific journey so far, and it is only just beginning... 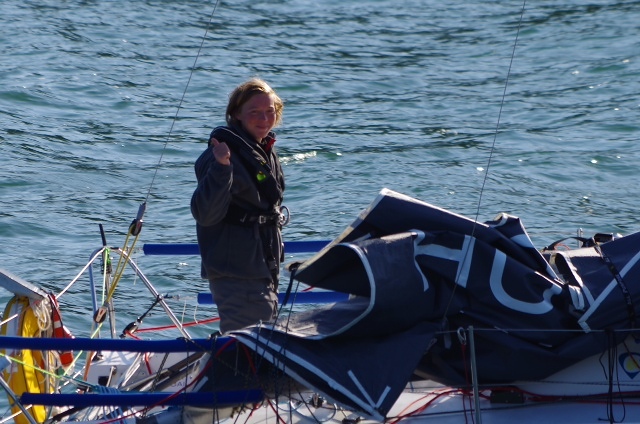