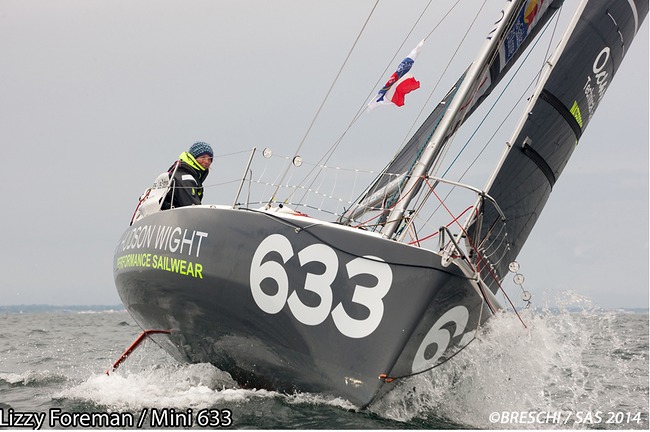 This time last year I was about to set off for the 4020 nm Mini Transat. Racing across the Atlantic, entirely alone on my tiny boat, was the accumulation of two years of hard work; I am so grateful I was able to make the start with thanks to all my sponsors, especially Hudson Wight, Red Funnel and the Royal London Yacht Club and every single one of my supporters.

You can read about my experiences during the race here and see for yourself what it was like! 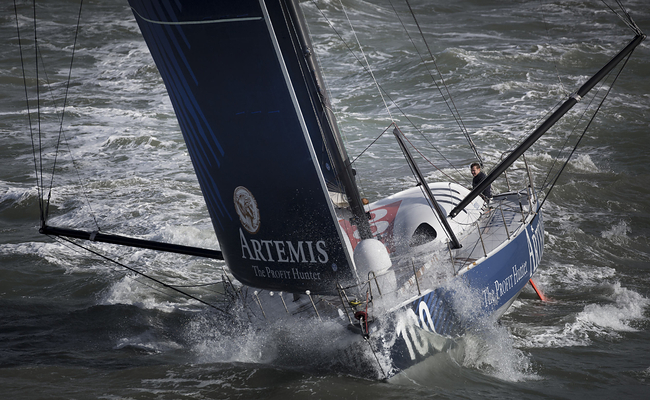 By the end of my Mini campaign with 633, I had sailed over 12,000 nm - 1/3rd of the distance of theVendee Globe, the only non-stop, around the world single handed sailing race.

The Vendee Globe has fascinated me since the age of 10, when I became aware of such legends as Pete Goss and Ellen MacArthur. It would be another 14 years before I'd be skippering my own boat across an ocean - so you can imagine my excitement when I was selected for the #Vendee2020Vison programme back in March.

The programme is an initiative set up by Whitecap with the support of Artemis Investment Management. As part of a select group of sailors, I have been able to train and race onboard an IMOCA 60, receiving 1:1 coaching from Dee Caffari and skipper, Mikey Fergurson.

My first time onboard the boat came in April, for a 'shakedown' sail. I had spent the previous day working on my marketing and commercial skills with top advice from Jess and Sean (Whitecap), and so with all that thought about sailing, I was desperate to get out on the water!

First impressions? #wow & #ow! This was 60 foot of pure carbon fun; basically a mini 650 on steroids. I got to helm the boat as we sailed up the western Solent, but fluffed up the first two tacks, getting spectacularly stuck head to wind. There was a lot more boat to turn than I was used to...next, Dee put in some solo tacks, impressive to watch; as even short tacking a fully crewed yacht is tough work!

We then turned downwind and Dee pulled out three flawless solo gybes. All of a sudden, I was asked if I wanted a go...It went much more smoothly then I expected, the only major mistake being nearly taking the runner of the winch. This is quite an important bit of rope – it holds the mast up – but I'd blanked the fact that on a 60-foot boat, no clutch is big enough to hold the load of the runner! 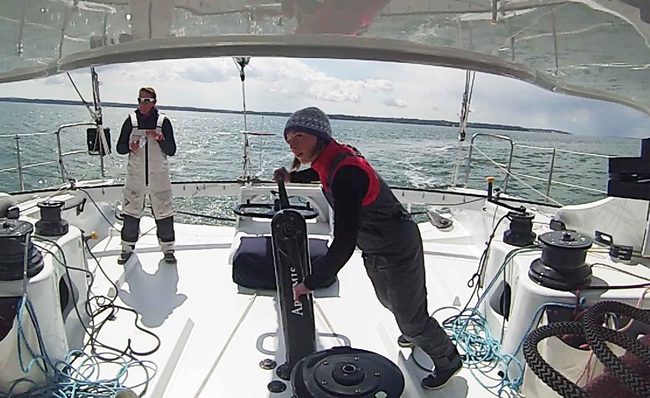 Luckily, the mast stayed standing and I was given the helm again to take the boat back in. This of course presented me with yet another potential opportunity to lose the rig...there are quite a few large buoys / other yachts bobbing around in the Solent, which seem a bit difficult to avoid when you have 20 foot poles (the 'outriggers') sticking out on either side of the deck.

Passing all of these 'obstructions' felt a bit like going under a bridge; you know you (probably) have enough clearance, but it never feels like it!

Since my first eye-opening outing, I have completed four RORC races on the IMOCA 60; the Guingand Bowl, Morgan Cup, Saint Malo and Channel race. Taking between 24-36 hours to complete (and deliver the boat back again), I have been able to sail in a variety of conditions. Preparing a road book for each race has been a great way to improve my navigation & strategy – if you're not sure what a road book is, have a read of my article 'navigation preparation'.

In three weeks' time I will be back onboard the IMOCA 60 for my solo training camp.
Over the 48 hours, I will have Dee & Mikey onboard coaching me as I try to manage the boat offshore. I might even get the full Southern Ocean experience if the October weather sets in...! 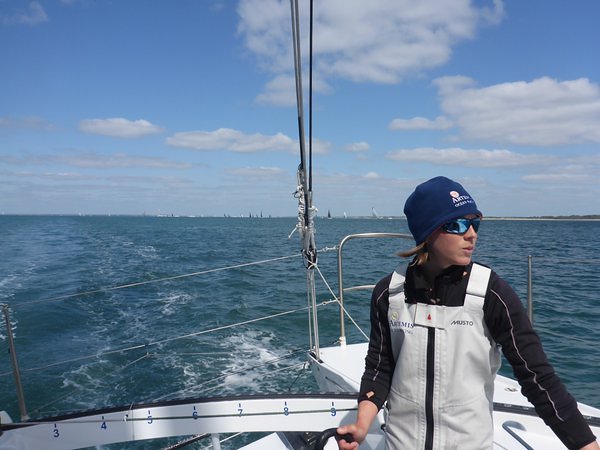 Alongside the #Vendee2020vision programme, I have also been racing in the double handed Royal Southampton series, with James, skipper of Dream or Two's Class 40, Fortissimo.

Back in May we raced to Cherbourg, and finished first in our class. It was fantastic sailing downwind through the night with the A2 spinnaker; giving us plenty of time for some tourism the next day!

The Round the Island double handed race in July proved to be a more taxing affair. We were off the dock at 5 am, with lots of gybes out of the Solent warming us up nicely. As we rounded Bembridge the wind dropped, requiring a few swaps between the headsail and code zero. The breeze then quickly built up from Saint Catherine's lighthouse; I actually got a bit sea sick as we pounded upwind through the chop. I thought back to the Transat bakerly race which took place in May - sailing solo across the North Atlantic is no mean feat...

Video: gybing practice on the Class 40

Aside from all my frantic channel hopping, I have been fueling my need for speed by sailing / clinging on to an RS800. As a twin-trapeze skiff, it has proved an exciting challenge! The first official RS event for Florian and I was the Europeans in Italy. We had a fantastic week's sailing on the flat water of Lake Garda; but unfortunately most of the best wind blew during the night, making it difficult to keep the tent pegged in the ground.

We also competed in Chichester Harbour Race Week (previously 'Fed week'). With 400 boats and shallow patches to avoid, it was an excellent way to improve our boat handling. The Nationals swiftly followed; we sailed as part of 'Team France', with four boats having traveled over from Brittany (thanks to Gilles for organizing the accommodation and picnics!).

The conditions varied from light winds to almost too much, and unfortunately we suffered a few breakages - but it was fantastic to surf the waves at full speed. 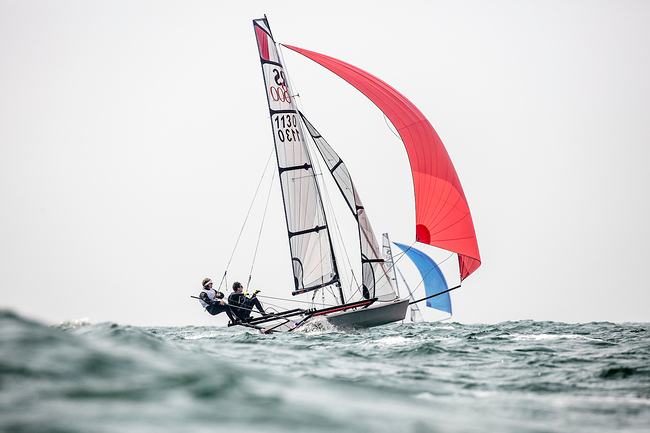 With the season coming to a close, things are winding up rather than cooling down.

As part of my marketing training with the #Vendee2020Vision programme, I have a Dragon's Den / Apprentice style challenge – dubbed 'pitch perfect'. This will be the first time I will have presented in a boardroom, so it will certainly be an interesting and useful experience; particularly as I'm striving to launch another solo offshore project in 2017.