"One day all boats will fly" - The future of foiling

In this series the experienced racer takes us on a journey through the lives of racing sailors looking at the challenge these men and women face. This month Lizzy looks at the growth of foiling.

Surprisingly, the foiling phenomenon is not a new concept, but rather the result of 100 years of innovation first developed by an Italian inventor, Enrico Forlanini.

Way back in 1906 Forlanini built a motorboat fitted with a 60hp engine and foils, reaching a top speed of 42.5mph. 13 years later, Alexander Graham Bell and Casey Baldwin further developed Forlanini's 'ladder' foils for a new boat, the Hydodrome 4 (HD-4). Hitting 60 knots, she became the fastest hydrofoil in the world with a record that would remain unbroken until the 1960s.

The sixties and seventies seemed a time when everyone would be flying. Alongside the first man landing on the moon and the fictional hoverboard, which seemed the transport of the future, a wide array of foiling craft appeared from military boats like the Boeing Jetfoil down to the foiling Dynaflite waterski, which became commercially available in America.

Eventually hydrofoils began to attract appeal in yacht sailing, with the cruising trimaran – aptly named Williwaw – sailing an epic 20,000nm in the pacific while fitted with foils. 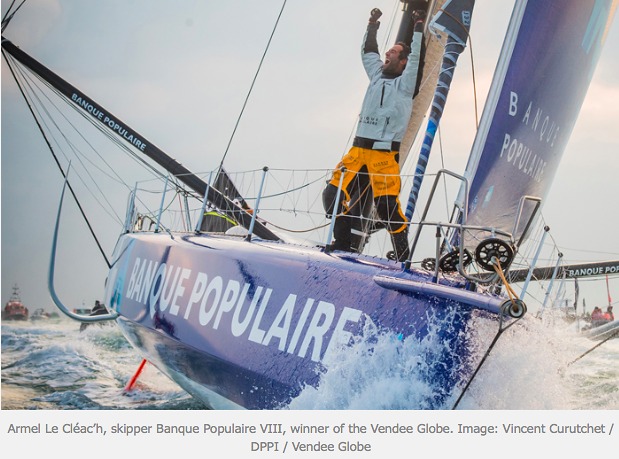 Yet it would be a number of years before foils would be effectively used for racing. In 1980 Eric Tabarly sailed Paul Ricard (a foiling trimaran) across the North Atlantic in just over 10 days. He beat the original 1905 transatlantic record set by the 185ft schooner The Atlantic, which had stood for 75 years.
The first foiling Multi 50 emerged three years later, skippered by Etienne Hochédé. He successfully raced the aluminium trimaran fitted with inverted Y-shaped foils in many transatlantic races and still competes to this day.

Yet despite these innovations, it has taken a long time for foiling to become the norm.
The 2016 – 2017 Vendee Globe race was the first edition to feature foiling 60ft monohulls. Armel Cléac'h won the race, setting a new record of 74 days, three hours and 35 minutes for his solo circumnavigation of the globe.

Interestingly, the foils for his brand new VPLP/Verdier designed IMOCA 60 were first developed on a prototype Mini 6.50, No. 198, designed and built by Sébastien Magnen.

New materials and technology now means that foiling technology can be developed very quickly and efficiently on smaller craft. The Mini 6.50 class in particular is a hot bed for innovation.

The first canting keel used for offshore racing was developed on the Mini No. 29 for the 1991 Mini Transat race, and now fully foiling 6.5m boats are being made to conquer the solo Transatlantic Mini Transat race. There are currently three foiling Minis in action: Simon Koster's 888, Quentin Valmeniks' Armeka 3 and Sea Airs retro-fitted Magnum.

Foiling is almost becoming accessible to every sailor. A recent explosion of foiling dinghies on the market such as The Waszp, Flying Phantom, Flying Essential and Foiling 101 alongside convertible windsurf and kitesurfing boards (such as Neilpyrde's CR:X and RS:X Convertible) means it looks as if 'one day all boats will fly'! 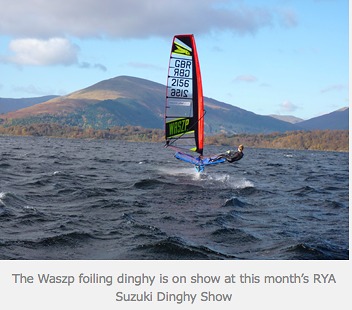