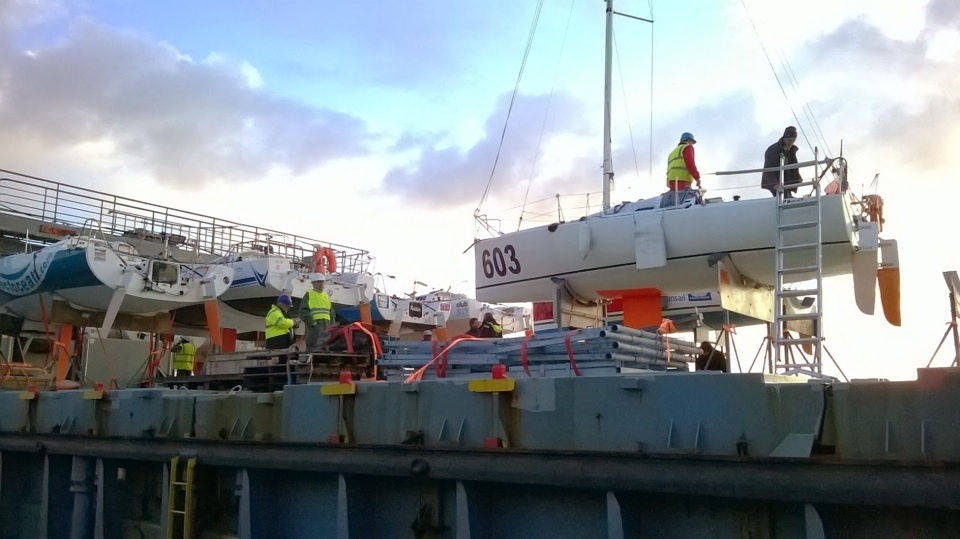 It has taken a while to get going since having first arrived in Lorient back in January, but I'm pleased to say I've finally made it out onto the water. My first two weeks involved unloading the boat and mast off the cargo ship, putting items in for repair, various bits of boat work and getting used to the training centre, Lorient Grand Large. 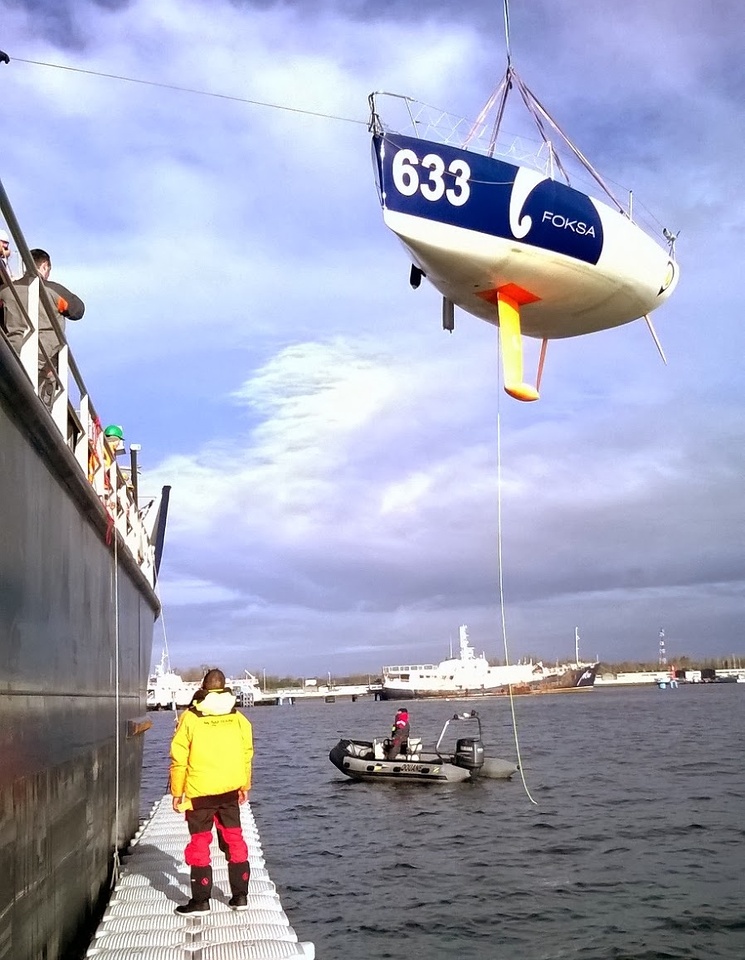 Unfortunately it rained heavily almost everyday during this time, making the tedious and repetitive jobs even harder, particularly without a second pair of hands constantly on standby! However it was good to start to get to know the boat inside out, and I now have a plan for doing a proper refit later in the season (when I have all the resources, time and money). I enjoyed living out of my van at a local campsite, despite the lack of hot water and getting stuck in the mud more than once (luckily to be rescued by the campsite Chief and his land Rover). Thanks to the support from Kiravans, it was toasty inside the van and roomy too, with the swivel base for the passenger seat turning into a perfect desk / seat / cooking area! Typical dinner and dim light in the van Week 3 came and it was time to go back to England for 3 days, to continue some sponsorship talks and collect some kit. Once back in France I had the boat checked over by Nauty Mor (once I'd broken in, having left the boat key in England), but couldn't get out on the water as France then took a pasting from storm Petra; I'm sure you will remember the 80 mph winds & massive floods that hit England leaving thousands of homes without power. I decided then that this was the best time to get some hours in at the Solo Sails loft in Newlyn, Cornwall. Brittany battered by waves I spent two weeks in the loft, making a code 5 and A2 under the guidance of Woody, a Mini Transat sailor himself, who competed in the 2007 & 2009 editions on a Rogers designed proto, number 500. I'm really grateful to Woody and Dimension Polyant for their support this season; allowing me to get to grips with the sewing machine on some very good sail cloth means I can have the new sail wardrobe I wouldn't have otherwise been able to budget for! Woody's 2007 promo video

Spending time in the loft really highlighted the skill and dedication required to make sail after sail. I gathered that to make a spinnaker, you basically follow these 11 steps:

I also soon had a very long list of trouble-shooting tips for the sewing machine, which mostly revolved around the bobbin (the reel of cotton thread) & needle. If you ever have any trouble, ask yourself these basic questions:

After making some pretty elementary mistakes I did eventually get the two spinnakers made, and will be heading back to the loft over the season to make the remaining solent, medium spinnaker, genneker and mainsail. Luckily Woody is very patient, but I shall be owing him a fair amount of cheese pasties and cups of tea by the end!

In between the two weeks in the loft, I fitted in a fly-by visit to the Isle of Wight to help with a promotional shoot for Hudson Wight and their new range of kit, suitable for both inshore and offshore racing. In terms of 'working the camera' I got as far as standing there and giggling until I got used to it. The shoot was 'art directed' by Peta Stuart-Hunt, Hudson Wight's Marketing Director and it was her birthday, which made for a fun day regardless and I was pleased to pick up a new set of HW1's too. Thanks also go to Spinlock for the brilliant lifejacket and new clutches which I'm looking forward to using.

I've now been back in France for just over a week, and am pleased to say I've finally made it onto the water! I had an excellent two days training with Tanguy Leglatin sailing double-handed in 15-28 knots of winds. After only two days I was covered in bruises and pretty tired; feeling pretty rusty, tacking solo in high winds wasn't easy, particularly as it was really my first attempt! The week ended with a good course on navigation techniques, spending Sunday solely doing boat work as the sailing had highlighted the systems that need upgrading. This morning we focused on rig tuning and planning for the season, while tomorrow will see the beginning of the solo training, and my second attempt at sailing the mini on my own...I am a little nervous (will I be able to keep up with these French guys?), tired (the briefings & sessions are in French with some English translation, but you need to be on your toes) but excited about the prospect. 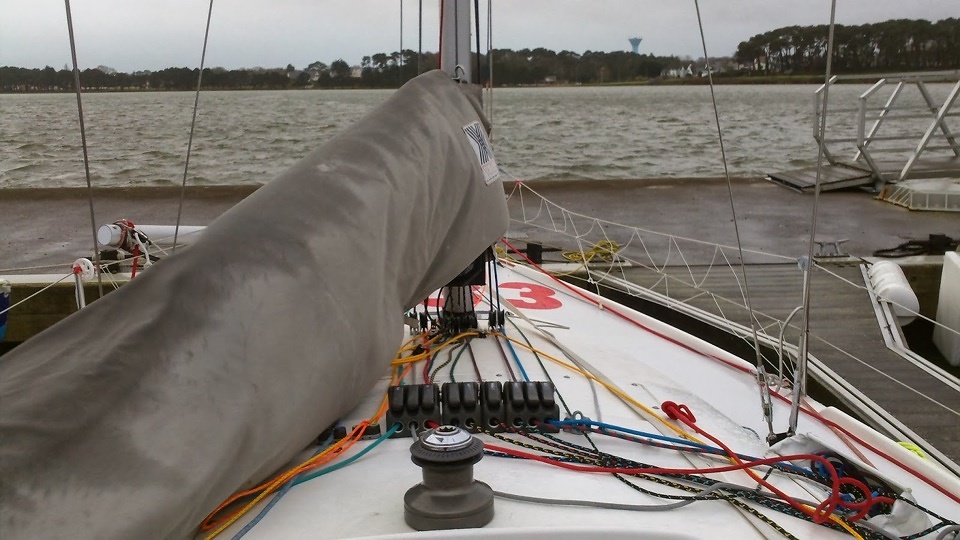 It is just one month now until the start of the first race of the season; a 115 nm double handed race from Lorient to Pornichet, followed shortly by my first ever solo offshore race and my longest solo navigation to date; a 300 nautical mile race, with a lot of tricky coast line to navigate. I've got a lot on to be ready!