2017: Swift sailing on sixty footers with Vendee2020Vision and Team Jolokia

I'm pleased to announce that I have been selected as one of six sailors going forward with Whitecap's #Vendee2020Vision programme, alongside Sam Matson & Will Harris (who are full time for the programme) Henry Bomby, Sam Goodchild and Hammy Baker.

Over a number of training camps I will be sailing the IMOCA 60 'Artemis' both solo and double-handed with coaching from Dee Caffari, consolidating and building on my knowledge from the previous year. Depending on individual all-round performance and the confirmation of additional funding, the objective of the season is to select two sailors to race in the Fastnet and the 2017 Transat Jacques Vabre.

Alongside sailing, I will be continuing to improve my skills in sports marketing and media by working with Whitecap's commercial team and other industry professionals. A further three 'Pitch Perfect' opportunities will allow me to put these skills into practice in front of a board room; vital experience if I am to find a title sponsor of my own!


Back in January I attended the first shore-based training held in Southampton.

Wouter Verbraak ran a great metrology session, which gave me a different perspective on road book preparation and on-water weather analysis, specifically in relation to ocean racing. Later in the season we will be sailing together on the IMOCA 60, so hopefully by then I'll be worrying less about manoeuvres and which rope to pull and more about what's happening outside of the boat!

The following two days were media based, focusing on tailoring sponsorship approaches, producing onboard media and improving our interview technique. Luckily Alec Wilkinson (Elite Sports Media) was able to give us a few top tips before our feature for BBC South Today (which you can watch below).


Alec will be feeding back on the quality of our media output over the coming months, so expect a few video blogs this season! 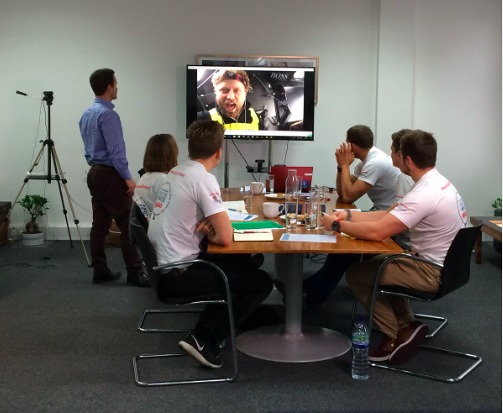 
During the same week I was also put through a fitness test with Chris Szedlak at Southampton University. This included weight lifting, core stability, strength and endurance testing.

Our results were compared to the standards of the GB Olympic sailors and America's Cup grinders - I'm not far off being green in all areas in comparison to a female athlete, and have been following a specific weight lifting and endurance building programme to get to the next level. The hardest part of IMOCA 60 sailing is hoisting, lifting and trimming the sails; so whenever I'm lacking motivation to get to the gym I just think back to my solo training camp last October - and those 10 solo tacks in 30 knots! 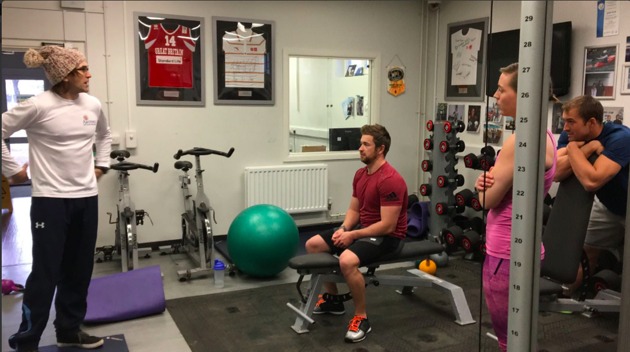 The 2016-2017 edition of the Vendée Globe has been awe-inspiring, and particularly interesting to follow the meteorology with a course run by Christian Dumard at Lorient Grand Large in France. I improved my working knowledge of Adrena and Squid - which when combined make for very efficient weather routing software - and learnt more about global weather patterns. 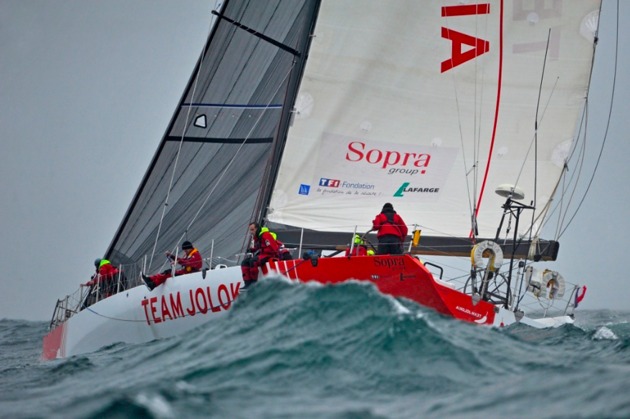 Integration has become one of the major challenges of the modern world, with societal changes causing misunderstanding, a sense of chaos and withdrawal. 'Difference' too often promotes fear, when it should be enriching our lives.

'Team Jolokia' was created in 2011 to address these integration issues, emphasising diversity within society as a strength and necessity. Described as a 'social and managerial laboratory', the objective of the project is to transfer the experience of the diverse team to companies, institutions and other organizations in order to provide them with keys to the integration of diversity.

''The sea has the power to strengthen or breakthe cohesion of a group;

After a three day selection process held in Paris, this year we are a crew of 12 (selected from over 200 applications), each with our own stories, differences and skill sets.

I'm really looking forward to being involved with the project from both a social and sporting aspect, having learnt so much myself from the sport of sailing and having seen the positive impact the sport has had in many people's lives.

We already have a busy programme lined up for the coming two months, with the 2017 programme including the following races:

We are halfway through our first training camp onboard the red and white Volvo 60, with the weekend looking set to be very windy and wet in Brittany; Allons-y! 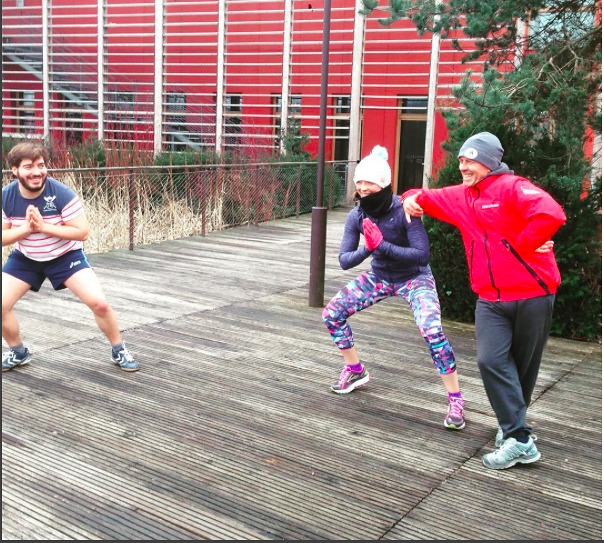