Lizzy's objective To manage her own successful two year Mini 6.50 campaign, competing in the 2014 Azores race and ultimately the 2015 Mini Transat. 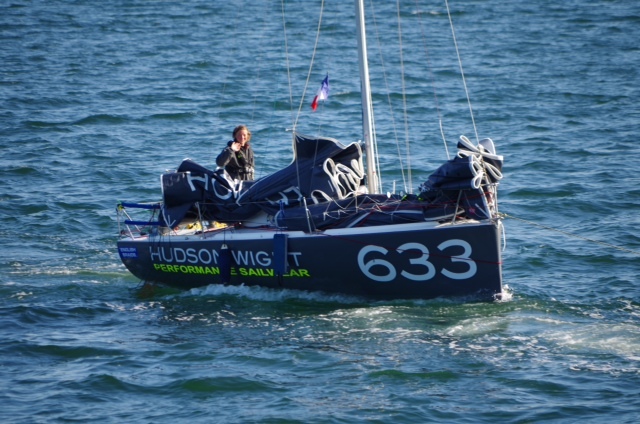 The Mini Transat is a solo transatlantic yacht race covering over 4000 miles. The race runs biennially, giving sailors time to qualify; through completing a 1,000 nm solo passage and competing in 1,000 nm of Classe Mini races.

The 2015 edition starts in October 2015 in Douarnenez (France), with a stopover in Lanzarote (the Canary Islands) before the finish line in Guadeloupe (the Caribbean).

There are no prizes for winning the race and, due to its harsh nature, the class is a great training ground for the larger ocean-going yachts, such as the Open 60 which is raced in the Vendée Globe.

Before a skipper can be on the start line of the Mini Transat, a 1,000 nm solo and unassisted passage must be completed in either the Atlantic or Mediterranean.

Chartering a Pogo 2 for her two year campaign, Lizzy aims to complete the Atlantic loop in May 2014. Sailing between Ile de Re, the Rochebonne Plateau and the Conninbeg buoy off Ireland, this loop takes between 10-12 days to complete.

A further 1,000 nm must be gained through official Classe Mini races, with one race over 500 miles and at least one race completed solo. Lizzy will have fulfilled this aspect of the qualification by April 2014, as she has just 400nm more miles to complete.

Lizzy aims to be qualified for the 2015 Mini Transat by June 2014, competing in the solo 2,600 nm Les Sables – Azores – Les Sables race as preparation for the epic crossing of the Atlantic next year. 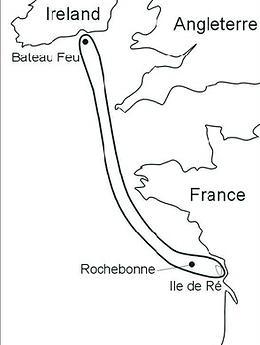